Economic Consequences Of Child Marriage In Mozambique, And What It Will Take To End The Tradition 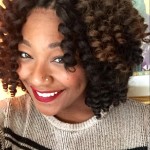 Elisa (not her real name) was 17 when she found out that she was pregnant. Soon after, she married and moved into her mother-in-law’s home.

In addition to taking care of a new baby, she had a long list of duties from cooking meals for the household to performing all the chores.

“When I was living there, I could not go to school,” she said. “Nobody else had to do anything. I was a domestic servant.”

Now 19 and the mother of a toddler, Elisa learns vocational skills and attends classes in sexual reproduction at Horizonte Azul (“Blue Horizon”), a community-based organization geared towards protecting young girls and women in Mozambique through education and economic empowerment.

The focus is to keep girls busy because if they are free, they “may get into nonsense” — like pregnancy, said Rita Jacinto, a mentor at the organization.

Pregnancy is a legitimate fear in Mozambique, where 48 percent of women married by age 18. Mozambique has the tenth highest child marriage rate in the world.

In April 2016, Mozambique launched a strategy to prevent and eliminate child marriage by 2019. The strategy illustrates a national commitment, but budgeting and monitoring is key.

Almost simultaneously, the International Monetary Fund (IMF) revealed a $2 billion debt that the government of Mozambique had kept hidden from the parliament.

“The first thing that the government needs to do is come up with a budget,” said Persilia Muianga, a senior manager and member of U.S. charity World Vision Child Protection. “Until then, it will just be a strategy on paper.”

Outside of finances, the multi-layered issue of combating child marriage in Mozambique faces conflict between constitutional law, culture traditions, poverty and religion.

While the country’s family law does prohibit the marriage of children under 18, it has an exception when parental consent is given for children age 16 to marry.

“The parliament is interested in eliminating the family law completely,” said Member of Parliament Veronica Nataniel Macamo Dlhovo. “But these things exist due to culture and tradition. It is often parents and religious leaders who consent these things, so parliament needs to ensure that all stakeholders and involved parties are included in decision making so that there will be no clashes in the future.”

But even with laws in place to protect Mozambican girls, cultural and traditional practices are hard to break. In the central and northern regions of the country especially, long-held customs of female initiations mark her entry into womanhood.

Initiations happen in three phases, with the first phase beginning around the time of a girl’s first menstruation, age 10. Girls are taught hygiene, behavioral decorum and lessons on sexual life and marriage. Female elders teach girls as young as 9 how to satisfy their husbands sexually, according to Muianga.

“Some faith organizations believe that a child that has seen her first menstruation and gone through initiation is ready to be married,” saidAlbino Mussuei, secretary general of the Council of Religious Leaders in Mozambique.

Child marriage has negative implications not only for young girls, but a nation.

When a young girl becomes a bride, the opportunities for education and better-paid work decrease. She is more likely to experience early and frequent pregnancies and becomes more vulnerable to sexually transmitted diseases.

Around 15 million girls are married every year before they reach 18 years, according to UNICEF. The practice is most common in the world’s poorest countries and communities.

Families often see the union as a way to provide for the daughter with the incentive of bride prices and one less mouth to feed once a woman transitions into her married home.

But girls who marry young are more likely to be poor and remain poor, according to the International Center for Research on Women (ICRW).

In Niger, for example, eliminating child marriage between years 2014 and 2030 could translate to benefits valued at more than $25 billion.

“It is a waste when half the population is not contributing to the prosperity of a country,” said Mabel van Oranje, chairwoman of the Board of Trustees of Girls Not Brides, during a visit to Maputo in June.

The U.K.-based organization works to bring child marriage to global attention, and build an understanding of what it will take to end child marriage. It calls for policies and programs to be put in place.

“To end child marriage, there must be a multi-sectorial, coordinated approach involving all key stakeholders including ministries, civil society organizations, donors, religious and traditional leaders, youth activists and girls themselves,” van Oranje said.

As for Elisa, she said girls need to invest in education over anything else.

“I have plans for my daughter,” she said. “I want to protect and provide for her and keep her in school. One day maybe she can get married to someone nice.”