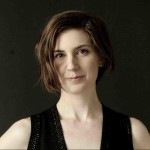 In June, Standard & Poor’s lowered South Africa’s credit rating, while Fitch downgraded its outlook expectations from “stable” to “negative.” A key reason for the Standard & Poor’s downgrade was the country’s current account deficit, alongside slow economic growth and a strained public sector.

While credit ratings aren’t the end-all-be-all of risk assessment, they do make it harder to governments to borrow competitively — and that is a problem for a nation that’s already narrowly avoided recession.

The costs are critical for two reasons. There is already evident risk in the public sector’s debt burden, according to African Economic Outlook’s 2014 report for South Africa. The authors caution that “high bond spreads, budgeting requirements and significant non-resident bond holdings pose risks to an otherwise manageable debt level.”

Secondly, South Africa finances its budget deficits through debt, and the nation’s reliance on it does not look to be mitigating. African Economic Outlook reports, “Debts held by state-owned enterprises are expected to continue increasing. These and rising deficits will raise gross financing requirements.”

Taken together, the downgrades and the government’s dependence on leverage could pose a major risk to an already struggling economy.

The nation’s banking sector is not faring all that much better. South Africa’s largest banks — Standard Bank, FirstRand, Nedbank, and ABSA — were all downgraded by Moody’s in the wake of the smaller African Bank’s bailout by the South African Reserve Bank in August.

While these banks are much more diversified and conservative than African Bank, Moody’s apparently sees a level of risk that it hadn’t anticipated prior to African Bank’s unceremonious crumbling.

In other words, South Africa has faced a flurry of downgrades in the past months.

The key issue underlying these ratings decisions is the lack of sustainability in current practices and the lack of prospects for addressing them. There is no better illustration of this problem than the country’s consumer lending market, which provides a poignant window into the debt environment of South Africa as a whole.

South Africans spend an enormous percentage of their personal incomes on debt service, with estimates ranging from one-half to three-quarters of income.

There is also a great deal of lending to those in the lowest income brackets: according to National Credit Regulator data, 44 percent of new unsecured credit lines, and 31 percent of the value of those credit lines, go to those earning under R 10,000 (about $900) of income per month.

Those consumers are evidently overextended. In March 2014, the NCR reported that nearly 60 percent of credit-active consumers were 1-2 months or more in arrears on their payments.

Paul Slot, president of the Debt Counseling Association of South Africa, confirms that widespread unsecured lending is one of the key issues underlying high impairment rates. “The simple truth,” he says, “Is that consumers have committed too much of their take home pay for debt repayments. The result is that consumers cannot pay normal living cost and repay debt.”

The two together put a squeeze on over-leveraged consumers.

How does this tie in with the larger economic picture? These are the issues that underscored the downgrade of South Africa’s largest banks.

In a press release, Moody’s explains that the downgrade “reflects the rating agency’s concerns regarding weaker economic growth, particularly in the context of consumer affordability pressures and still high consumer indebtedness that are likely to lead to higher credit costs for the banks.”

In other words, just as the South African consumer is overextended, so are the country’s banks — and, on another front, its government.

Unfortunately, instead of reining lending in, the government’s policy has been to try to expand credit availability. A new regulation handed down in February, for example, requires the removal of adverse credit information from a consumer’s credit report — even if debts are still outstanding.

The Department of Trade and Industry stressed that the new rule would not affect borrowers’ requirement to pay, only that eliminating negative information would allow consumers to more easily enter into credit terms with other lenders.

If it sounds like an unsustainably risky strategy, that’s because it is.

Referring to the 2007 version of the same law, the department’s press release acknowledges that “forty-eight percent of the 64% of people who were granted such amnesty soon found themselves back on the blacklist held by credit bureaus.”

While there are assurances that this will not happen with the modified policy, both history and at least one study of credit-impaired consumers in the U.S. indicate otherwise.

In any case, the amnesty might be too little too late anyway. According to Slot, the change has not stemmed the tide of consumer stress.

“We understand that between 1.5 to 3 million consumers benefited from the credit information amnesty, but based on NCR statistics that [were] released yesterday this made little impact on the over[all] credit status of consumers. Impaired records went up 343,000. This is not good news for consumers,” he says.

Lings also points out that the “flurry into [consumer] credit” seems to have declined. Take this in tandem with “weaker growth, high unemployment and a significant debt burden, household consumption growth has slowed to less than 3%, posing a significant challenge to the consumption driven post-crisis recovery model,” according to the African Economic Outlook.

Overall, that South Africa is experiencing downgrades can hardly come as a surprise. It’s going to be an uphill battle to recover.