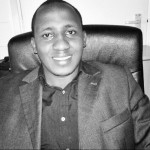 Mobile Money Revolution: A move by the Kenya communication regulator to license three mobile virtual network operators (MNVO) – that don’t own their own communication infrastructure – is expected to expected to increase competition in the mobile money segment of the market that has been for the last couple of year dominated by a single player.

The east African nation is known for its world-leading mobile money service that has revolutionized payment, savings and credit systems in the country, but what the world doesn’t know is that the service is dominated by Vodafone’s subsidiary, Safaricom, which commands nearly 70 percent of the mobile service market in Kenya.

With this dominance Safaricom has been charging an arm and a leg for its services.

To reduce this dominance and improve competition, Kenya’s Communication Commission (CCK) licenses Zioncell, Tangaza Pesa and Fincell (a subsidiary of Equity Bank) as MNVO’s, allowing them to provide all forms of services to customers using the communications infrastructure of any mobile network operator.

This means the three new operators can provide cellular mobile money services without holding a spectrum license. All the three MNVO’s will utilize Airtel Kenya’s infrastructure.

“We believe that the entry of the MVNOs into the market will stimulate and sustain overall market growth through a new range of innovative products and service propositions that will give more choice and value to Kenyans,” Airtel Kenya former managing director Shivan Bhargava said following the issuance of the three licenses.

“Their entry into the market will increase the uptake of mobile services in key segments such as mobile commerce and data thereby accelerating the inclusion of all Kenyans into the mobile revolution for sustained economic development of the country.”

“This excess network capacity can therefore be made accessible to mobile virtual network operators who are often smaller but innovative enterprises with the capacity to attract subscribers by targeting niche market segments to address user specific needs,” Wangusi said, adding that the plan to allow mobile virtual network operators has been in the offing since early 2004.

According to the article mobile virtual network operators need to differentiate themselves from their partner organizations for them to survive. To do this they need to come up with value added services that are new to the market.

They also need to come up with effective marketing strategies that can have their customers choose them over major networks even as they make it easy for potential clients to join the networks.

Director for mobile money at Vodafone and former chief executive Michael Joseph however says these new operators are likely to experience the same challenges that face their predecessors in South Africa and the United Kingdom.

“It is true that there is room for mobile money operator in the market but no one (should) lie to the MVNOs that rolling out the services is easy. The amount of work involved and the dedication Safaricom put is invaluable,” Joseph said.

He  said of the three licencees only Equity’s backed MVNO (Finserve) has a chance to survive given the local knowhow and the financial backing it will receive from the bank.

Finserve, a subsidiary of Equity Bank the country’s largest bank by customers and the fastest growing financial institution regionally, already plans to launch its services in July, drawing a mobile money battle line by saying it will cut the cost of transferring cash locally by half.

Finserve said it will charge as low as 1 percent on all transacrions with a maximum cap at 25 shillings ($0.29), compared to Safaricom’s maximum rate of 330 shillings ($3.80) per transaction.

According to Equity Bank CEO James Mwangi his group is ready to eliminate telcoms that have been acting as brokers between financial institutions and customers.

“We want to revolutionize and transform mobile money transfer … and make money transfer – bank account based,”  Mwangi told AFKInsider on the sides of a Finserve launch event. “We will remove costs of depositing money and eliminate 50 percent of cost of money transfer.”

In its effort to achieve this dream Mwangi says  the bank will hand over 300,000 smartphones to businesses to act as point of sale devices for its over 9 million customers.

The bank will also take on Safaricom’s credit facility – Mshwari – that enables subscribers to borrow from a bank linked to the telco over their phones with their mobile money savings and transactions as collateral. Equity says it will charge a monthly interest rate of 1-2 percent compared to Mshwari’s 7.5 percent per month.

“This loans will be based on psychometric scoring, statistical financial scoring, mobile payments and airtime use scoring, existing credit score and rating as well as liquid security based limits,” John Staley, Chief Officer for finance, innovation and technology said.