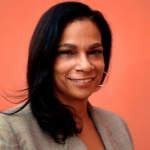 BMW is investing heavily — it will add a third shift at its plant and also Mercedes Benz SA which began a workforce recruitment program.

“The automotive and components industry accounts for 30 per cent of South Africa’s total manufacturing output,” head of the National Association of Automotive Manufacturers of South Africa, Johan van Zyl said.

The industry contributes at least six percent to the country’s gross domestic product and accounts for nearly 12 percent of its manufacturing exports.

The automobile industry’s success story is due to the government’s 1995 policy – the Motor Industry Development Plan (MIDP).

“The government policy that encourages a proactive approach has helped to drive development in this sector,” read the ECA’s Dynamic Industrial Policy in Africa report.