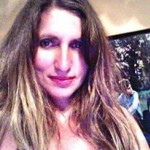 In 2013, an unknown software engineer from Atlanta made headlines around the world as the creator of Soylent, a new product hailed as “the food of the future.”

His name is Rob Rhinehart, and he created a synthetic food that combines protein, carbohydrates, fat, vitamins, minerals, and other non-essential nutrients.

Rhinehart was inspired, he said, because he did’t like having to spend too much time thinking about what to eat every day.

Without a background in chemistry or nutrition, Rhinehart developed the Soylent formula by reading websites, textbooks, and papers in scientific journals, and by self-experimentation, according to TechCrunch.

He claims that Soylent contains everything the human body requires to stay healthy.

His spectacularly successful crowdfunding campaign raised more than $1.5 million and a similar input of venture capital turned the Soylent Corp. into one of the most talked-about startups of 2013.

The first pre-ordered batches of Soylent will be shipped out in 2014.

At about $3 a meal, Rhinehart believes Soylent could help end world hunger. He spoke to AFKInsider about Soylent, food supply problems, science fiction, and the future of humanity.

AFKI: What was your biggest inspiration to create Soylent?

Rob Rhinehart: It arose not only from a personal need, but a greater frustration with the food and health system.

I resented that it had to take so much effort and money to feed myself, doubly so to eat well. It seemed that many healthy people were dedicated to a rather antiquated, artisanal attitude towards food, which I respect, but found impractical.

I decided to take an engineering approach to healthy food and see if I could simplify it and save some time and money, and perhaps even be healthier.

AFKI: Can you tell us a bit more about your former work on startups?

Rob Rhinehart: When I started thinking about Soylent I was on my second startup, which was designing and building radios for wide-area data networks to provide Internet to the developing world.

Before that I worked on one based on book reading and sharing.

AFKI: How did you come up with the ingredients for Soylent?

Rob Rhinehart: By researching the body’s metabolic pathways and biochemistry I found a finite, complete list of essentials needed by the body.

AFKI: Are you sponsoring or collaborating on tests to evaluate the effects of a Soylent diet on the human body?

Rob Rhinehart: Yes we have run informal tests like having users do regular blood work but have an official study designed and ready to go next year.

Rob Rhinehart: Short term we would like to simplify people’s lives, free up some time and money, and help people be healthier. Long term I think Soylent could have a massive impact on world hunger and allow us to travel to the stars.

AFKI: How do you think Soylent could help solve the problem of hunger in Africa?

Rob Rhinehart: Soylent can be produced at a very low cost with minimal environmental impact. It does not spoil for years, is very nutritious, and cheap to transport. It does not require cooking equipment and the taste is mildly pleasant.

AFKI: How did you come up with the name for Soylent? Weren´t you afraid people would associate it with something negative, for example, the “Soylent Green” movie?

(Editor’s note: “Soylent Green” is a 1973 American science fiction film  set in the future, starring Charlton Heston and Edward G. Robinson. In it, the world suffers from pollution, overpopulation, depleted resources, poverty, dying oceans, and a hot climate due to the greenhouse effect. Much of the population survives on processed food rations, including something called “soylent green.” The film, based loosely on the 1966 science fiction novel, “Make Room! Make Room!” by Harry Harrison, won several awards in 1973.)

Rob Rhinehart: I was more thinking of the book “Make Room! Make Room!” by Harry Harrison that the movie is based off of. In the book, Soylent is made from soya and lentil, and is a cheap, easy, staple meal for the masses at a time of overpopulation. I thought the name fit well.

AFKI: Have you seen “Soylent Green,” read “Make Room, Make Room?”,  “Brave New World” and “1984”? How do you think these dystopian visions compare to our present and the future you envision for our planet?

Rob Rhinehart: Yes I love science fiction and have read all of those books. The (Soylent) name was a bit ironic because I actually believe the future is going to be closer to a utopia (than a dystopia).

When looking at longer time scales it becomes clear that our planet is running up, not down. Things like violence and hunger and health are overall getting better. Temporary problems arise and are solved by greater understanding and technology.

Soylent is part of the technology that will make us healthier and ease food’s burden on humanity, and the environment.

AFKI: What is the main advantage of Soylent when compared to a balanced diet made up of natural foods?

Rob Rhinehart: If a diet is perfectly balanced there should be negligible health differences. The advantage is it is extraordinarily difficult to make something as balanced and nutritious as Soylent with natural foods.

AFKI: Can Soylent become affordable enough for developing countries with hunger problems to be able to afford it in the near future?

Rob Rhinehart: Yes with scale and process optimization we will lower our costs. Soylent has has received the U.S. Food & Drug Administration’s seal of approval.

AFKI: Are you seeking any other types of certifications for the product?

Rob Rhinehart: Soylent is manufactured in FDA- and National Science Foundation-approved facilities. We are seeking other certifications such as vegan, kosher, halal, and allergen-free.

AFKI: Soylent was a spectacular success both with investors and the general public long before being in the market. What is your company working on now?

Rob Rhinehart: We are working on not only delivering the product, but continually seeking its improvement. On the chemical level food is extremely complicated and there is much to design around. It is a deliciously challenging problem.

AFKI: How do you imagine the world 50 years from now?

Rob Rhinehart: There will be resistance as we approach fundamental questions like what it really means to be human, alive, conscious, or real, but we will answer them.

I see a world of abundance and freedom. People’s biological and quality-of-life necessities will be produced almost ephemerally. People will live longer, and better, and we will set our minds and machines towards grand scientific, as well as creative endeavors.

It’s going to be great!

34 SHARES
Close
Do you want to read more similar stories?